Cyclone-type dust catchers are the most widely used ones, of the entire array of gas cleaning equipment and are distinguished by their efficient performance, easy and reliable operation.

The efficiency of cyclone dust catchers, other conditions being equal, is directly dependent on their structural dimensions. An increase in the diameters of cyclones with an increase in the volumes of purified gases leads to a decrease of centrifugal forces, acting on dust particles, which significantly reduces the dust catching efficiency. In this regard, for industries,  operating with large volumes of purified gases, so-called battery cyclones are used, in which many high-performance cyclone elements of small diameters are mounted in a common casing and combined by a common gas supply and exhaust system and a common dust removal system.
Currently battery cyclones are effectively operating at ferrous and non-ferrous metallurgical enterprises, in power sector, chemistry and other industries.

Distinctive features of battery cyclones of our design are:

These design features of the BC provide a more reliable and more efficient operation with significantly lower capital and operating costs.
In order to provide a further increase of dust catching efficiency for a higher purification degree of gases, discharged into the atmosphere, we also manufacture two-stage battery cyclones with the total degree of gas purification not less than  98%.
An actual layout of a two-stage battery cyclone is presented in the attached Fig. 1. 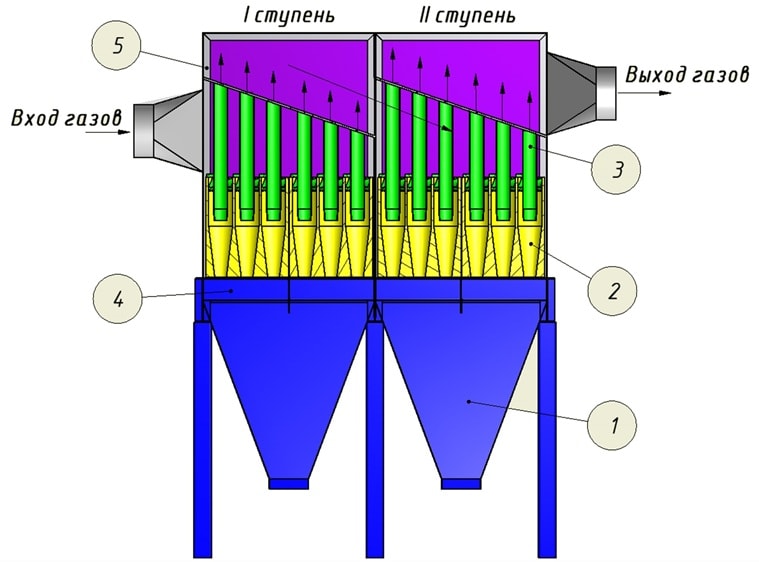 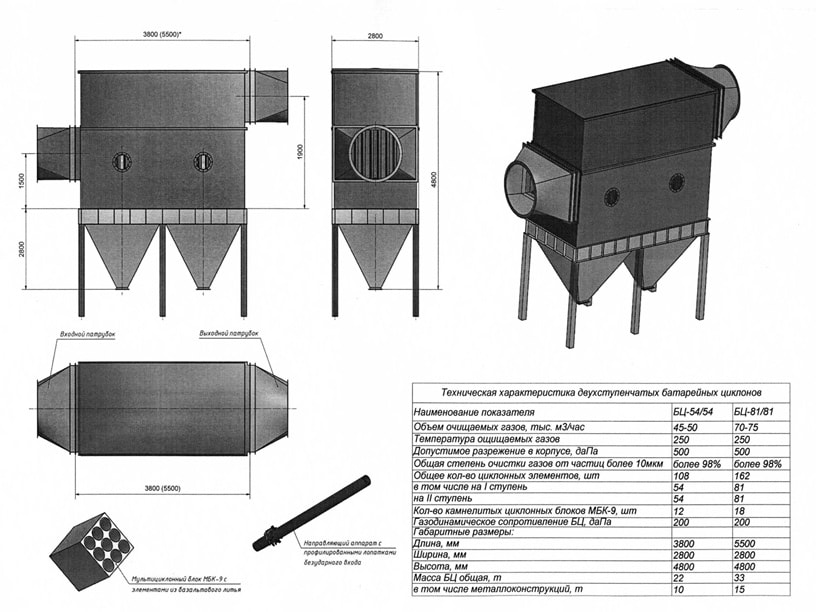 Preparation for technical re-equipment of blast furnace No. 4 of BF shop -1,...

Modernization of the BF gas cleaning systems
Scroll to top